Joël Perrot is a French classical music pianist and sound engineer with more than 600 published recordings, but also the founder of romantic and contemporary classical music record label Soupir Musique. Joël has been chasing music more than just sound for years. Around 14 years old he acquired his first HiFi set-up. It was composed from a pair of Ditton 66, quad amps, Garrard 401 with SME 3012 arm and Ortofon SL-15 cartridge. He was able to afford this set-up from his wages playing classical piano recitals… Alain Choukroun, the famous Parisian HiFi dealer that in the early eighties offered an alternative to mainstream HiFi, by introducing the English scene taught to Joël that the turntable itself, without including the arm or the cartridge, was clearly a decisive factor for obtaining the best sound out of a set-up… Later on Joël to get to know personally Guy Lamotte, the famous Naim Audio engineer. For Joël listening to the full electrostatic system designed by Guy Lamotte was literally an epiphany, and initiated what seemed to be an everlasting quest for this unique result.

For Joël, recording music in good condition is not about having the biggest system available (even though he did used fully active amplified Linn Isobarik for years), but about getting the most musical intention and expressivity. In that instance he also adopted the well know UK LS3/5A broadcast monitors.

About two years ago, we asked Joël if he would be interested in listening to the Thrax Basus + Lyra speakers and Joël was kind enough to accept letting us invading his mezzanine with more than 300 kg of speakers. The speakers were set-up by us with the precious help of Rumen Artarski, Thrax CEO. First impressions were already very favorable but these were yet to be used for recording. And Joël asked us to keep them for two weeks in order to record a few artists, including violinist and conductor Jean-Jacques Kantorow.

Corinne Kloska, his wife and pianist, realized after recording a first session on their Fazioli F308 in their house, monitored on the Thrax speakers that it might be even better to listen to her recording through the speakers than being in front of the piano. For the pianist and sound engineer Joël Perrot, it was just absolutely conform, meaning that nothing from the music recorded had been removed or replaced. It just sounded true to the music played and this was how the Thrax speakers never left Joël and Corinne’s home and recording studio. From then those speakers remained.

Over the last few months, Joël bought a Döhmann Helix Two turntable with a Schröder CB tonearm in replacement of his Garrard 301 turntable with Schick tonearm and a Vinylista plinth. It was about time for us to set-up this new turntable but also the perfect opportunity for Joël to listen to the Spartacus 300B power amps. After setting up the Döhmann Helix Two turntable, we listened to the Spartacus 300B. Joël already knew these amps has he had discovered them during our Haute-Fidélité High End Parisian show in November 2019 and had already played some of his digital master recordings during the show. 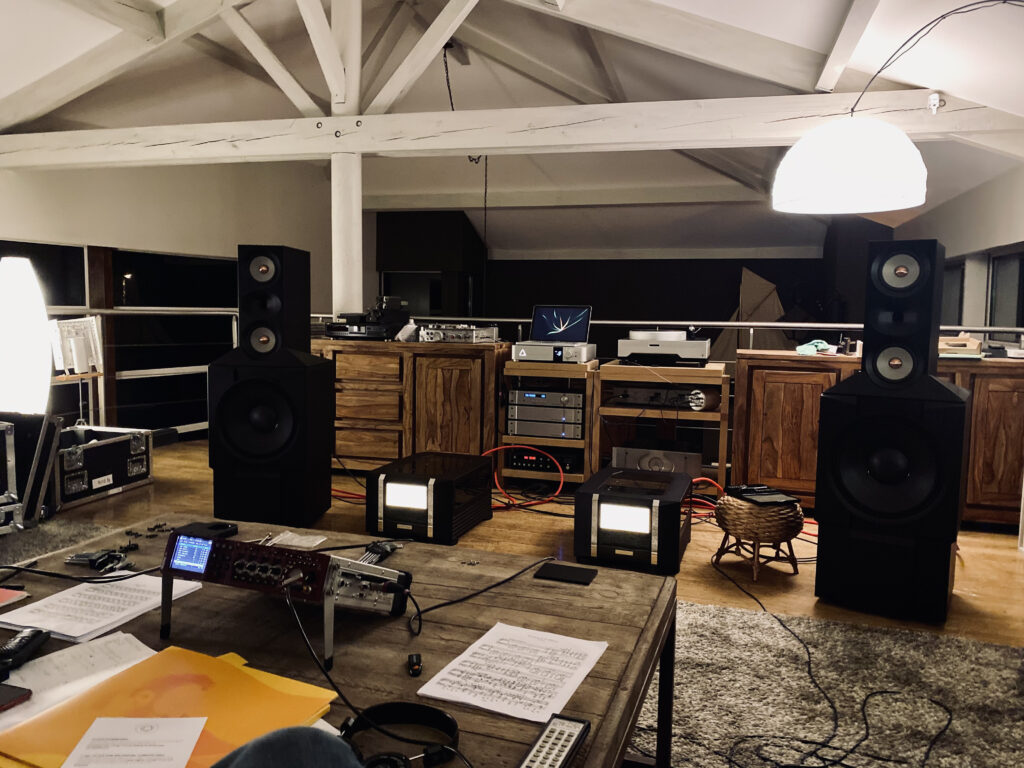 In order to assess the Spartacus 300B’s performances, Joël played digital files mainly, including his own recordings. At one particular moment I recalled the souvenir I had from a piece of music recorded by Joël on the Thrax and that I previously heard in combination with the Pass Lab amp. The overall result was already astonishing. With this particular piece of music, it was very clear that we just reached another level than with the previous set-up. The system had completely vanished and we were literally in the recording space. Joël defined his experience with the Thrax Spartacus 300B as something in another league than what he ever heard before.

Corinne on the next morning played with the system and acknowledged it was extraordinary. The first recording sessions gave Joël and Corinne the same “magnificent impression”. It was therefore an evidence for both of them that the Spartacus 300B, provide them with a much better musical experience as sound engineer, pianist and music lovers. 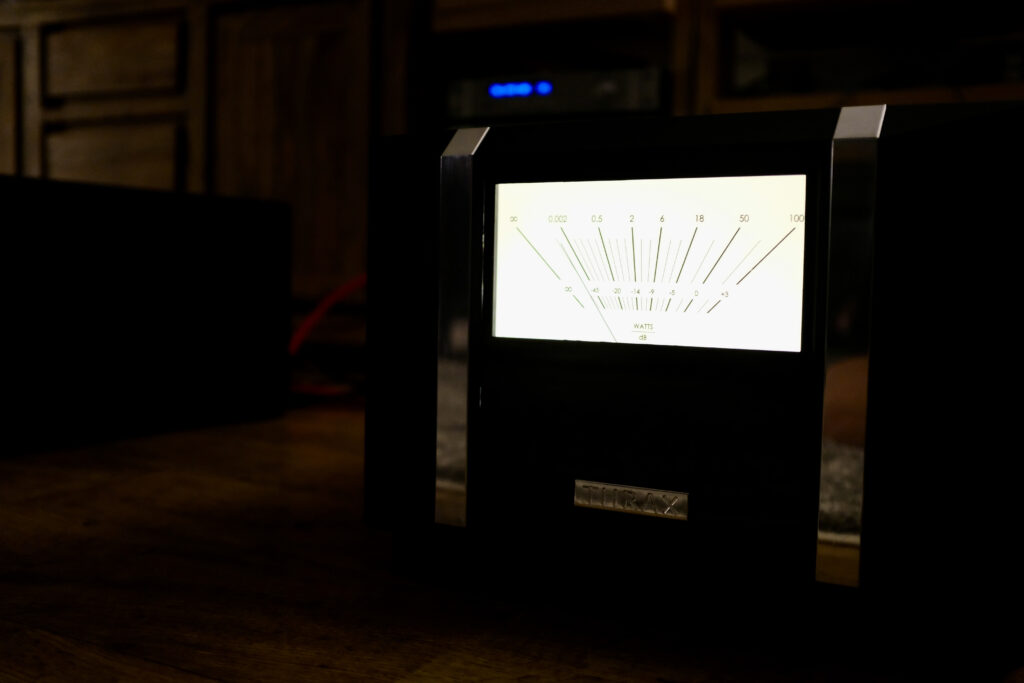 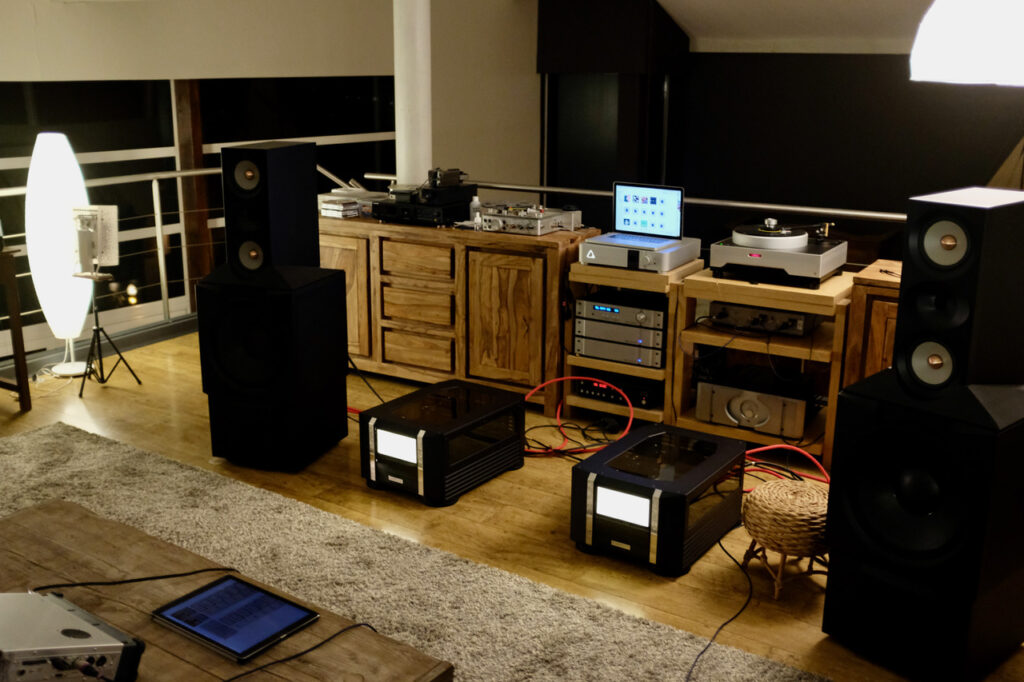