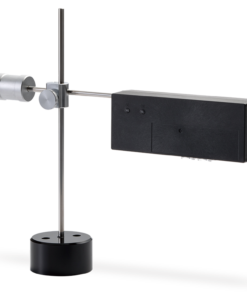 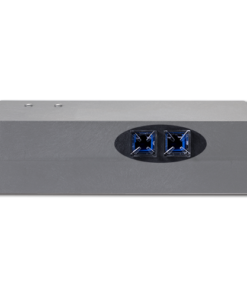 The friction of cartridges can cause a record to be charged up to several hundred volts over time. And the “Coulomb force”, “micro-gap discharge” and “rotating electric field” can cause noise. The IME1 is an all-new accessory that eliminates static electricity while a record is being played, keeping the charge low over time.

During playback, positive and negative ions are emitted from the top of the record to suppress electrostatic charges. So the original sound can be played back without the negative effects of static electricity. 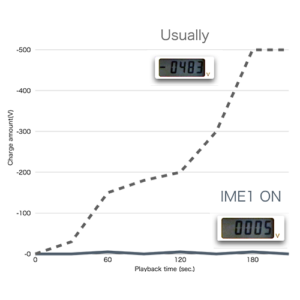 Even a non-magnetic vinyl record still has a faint magnetism, it becomes noise in the form of a rotating magnetic field. When you press the demagnetization button, a damped magnetic field is emitted to erase the magnetism of the record.

・The overall sound was quieter and the S/N ratio improved.

・I noticed a new sound even on familiar records.

・I felt the effects of the CD.