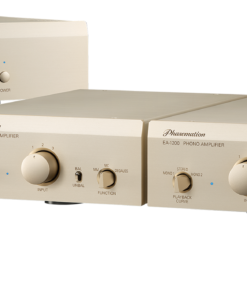 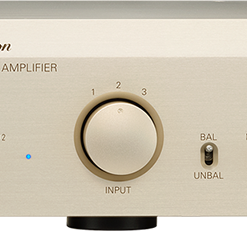 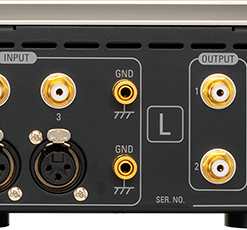 Now this year, after 9 years, we will release the new standard, EA-1200, which is the successor of EA-1000 which inherited the rich tones of the new dimension of EA-2000.

The EQ amplifier with the left and right divided independently and supported by a powerful power supply, the played sound with its high S/N ratio and high resolution delivers the highest degree of realism of the performer with an overwhelming sense of liveliness and good visibility of the performer on stage.

For the rectification circuit, an R-core power transformer with excessive capacity is used and a rich rectification circuit is used for each independent left and right power supplies by using two choke coils and rectifier tubes (5U4G) which in principle do not generate switching noises. Furthermore, the power supply transformer and choke coils are magnetically shielded to provide a cleaner and stronger power to the amplifier. In addition, a 3-terminal regulator DC ignition system is used for the heater power supply of the amplifier achieving a high S/N ratio.

A 10mm-thick aluminum slant front panel pursuing the elegant design of EA-2000, a 1.6mm-thick copper-plated steel plate chassis base, and a 2mm-thick aluminum cover with a magnetic shield are used to ensure rigidity and reduce magnetic distortion.

The foot is equipped with heavy metal insulators to isolate external vibrations.

*Caution: For the EA-1200T input, the XLR or RCA, only one can be used for the input. If the two are used at the same time, it can be the cause of malfunctions

is the original brand of Kyodo Denshi Engineering Co. Ltd